In Praise of Female Pastors Part II: The History 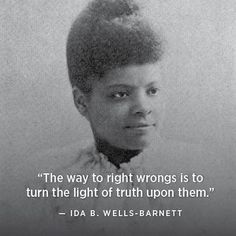 In the history of mankind, women represent the most discriminated against population in the world. Across every culture, race and nation, women have been viewed as second class citizens. They have been denied education, the right to own property and the right to vote (until 1920 in the U.S.). Some cultures have viewed a woman’s sole purpose in life as that of bearing children and attending to every demand of her husband. Women have been treated as property to be bought, sold or cast aside when they were no longer needed or wanted.

Even today in some Middle Eastern countries, women are required to wear veils that cover their facial features and hair. In yet another culture there exists female infanticide due to the existence of a one-child policy. Male babies are preferred over female babies so much so, that parents opt for the termination of their female fetus through selective abortion. Nicholas Kristof and Sheryl Wudunn, authors of Half the Sky (2010) write “It appears that more girls have been killed in the last fifty years, precisely because they were girls than men were killed in all the wars of the twentieth century” (xvii).

Thankfully, in 21st century America, women have gained equality in nearly every facet of society. The exception; however, seems to be in the local church. Several Protestant denominations continue to hold to a patriarchal leadership system, restricting church leadership positions and ordination to men only. Churches in holiness denominations such as the Church of the Nazarene affirm women in leadership positions, including pastoral roles.

The fact that certain holiness denominations allow women all the rights and privileges in leadership has created a divide among Christians. I have witnessed arguments concerning this issue on social media that ultimately led to pressing the “unfriend” button and “blocking” the contact permanently. The controversial issue of female leadership in ministry has long been debated. It is rooted in various Old Testament Scriptures and statements made by the Apostle Paul in the New Testament. But, is it really as simple as reading these passages in the Bible and taking them so literally?

A responsible person approaches the Bible with the understanding that it is not an American book and is about as far removed from ancient Bible culture as you can get. When we approach the Bible through our Western eyes only, its message tends to lose some of its clarity. In a sense we are unaware and culturally blind; guilty of tunnel vision, yet absolutely sure without knowing anything about ancient biblical culture that we are able to explain the Bible’s message to ourselves and others.

Jewish women in Jesus’ day held the legal status of a female slave; heads were covered, faces veiled. Women were the property of their fathers until marriage and then ownership transferred to the husband. Only the husband had the right to divorce his wife and he could do so for any reason, including finding more pleasure in another woman. Women were forbidden to enter the inner courts of the temple and were not considered worthy to hear the law read or explained because it was a woman (Eve) who was deceived and brought sin into the world. The Bible is replete with examples of male patriarchy with women under the dominion and rule of men. That model however, was not God’s design. God’s original design is seen in Genesis 1:27-28:

So God created mankind in his own image, in the image of God he created them; male and female he created them. God blessed them and said to them, “Be fruitful and increase in number; fill the earth and subdue it. Rule over the fish in the sea and the birds in the sky and over every living creature that moves on the ground” (NIV).

The Bible speaks clearly here of Eve’s fundamental equality with Adam. They shared the same essential nature, she was in no way inferior to him and she was not made to serve him. She was his spiritual counterpart, his intellectual equal and his perfect mate and companion. There isn’t a hint of superiority in this text. Eve was given the same instructions as Adam: to have dominion and rule over the earth. I am familiar with the argument that Eve was subordinate to Adam because God created Adam first, but if we follow that logic then Adam is subordinate to the seed bearing plants, trees (Gen. 1:11) and animals (Gen. 1:20-25) that were created before him. This argument simply does not make sense.

Genesis 2:18 tell us that the Lord God said, “It is not good for the man to be alone. I will make a helper suitable for him” (NIV). The word “helper” used here and again in verse 20 in the Hebrew language means ezer; a term God uses at least 16 more times in the Old Testament to describe himself and how he always comes through for his people in times of great need. If Eve was Adam’s subordinate, why would God use the term ezer,  a term he used for himself meaning “strong power” to describe Eve?

Things begin to change; however, in chapter 3 after the couple eat from the tree God commanded them not to eat from. In Genesis 3:14, the consequences of disobedience begin and in verse 16 he said “I will make your pains in childbearing very severe; with painful labor you will give birth to children. Your desire will be for your husband, and he will rule over you” (Genesis 3:16, NIV). This was a prophetic statement from God that meant, the relationship status between a man and a woman would now change. The great news is; however, that what was turned upside down in the Garden of Eden was turned right side up in the Garden of Gethsemane. Jesus not only reconciled the relationship between God and people, he reconciled the relationship between men and women!

Stay tuned for more good news in part III of In Praise of Female Pastors.

Cowles, C.S. (1991). In praise of women preachers: An analysis of Paul’s position of women in ministry. Retrieved from http://www.ccel.us/place.praise.html.