A Week of Clarity & Mutuality: Boundaries in Marriage 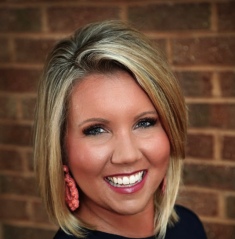 I am so stinking excited to introduce you to my guest writer today! I know you will enjoy reading her article, she has a lot of wisdom to share. Sarah Coates is the founder & owner of One-Eighty Counseling P.A. She started the group in 2007 and has facilitated the company’s growth to become one of the largest Mental Health & Substance Abuse private practices in both Johnston & Wake counties. Sarah is a Licensed Clinical Mental Health Counselor licensed in North Carolina (LCMHC) and provides mental health counseling to female adults & adolescents. She also provides business coaching & mentoring to female entrepreneurs. She easily relates to the entrepreneurial mom who has a dream in her heart and wonders how to balance family & business while developing that vision.

I draw a lot of my understanding about Boundaries from the work of Dr. Henry Cloud. Dr. Cloud is a Christian who has done lots of research, study and writing on the topic of Boundaries.  He’s an expert in my opinion on how to implement healthy boundaries in our personal & professional lives. One of the books that he wrote with Dr. John Townsend is called Boundaries in Marriage.  According to Drs. Cloud and Townsend boundaries in marriage are the property lines that define and protect the lives of the husband and wife as individuals.

In my opinion, one of the institutions that perpetuate a lack of boundaries in marriage is the American church.  Ever hear the bible verse, “wives submit to your husbands.”  Of course, you have! It’s used by almost every evangelical preacher around to demonstrate that wives are under the husband’s authority.  What is often left out or maybe its whispered as an afterthought, are the verses that come directly next in Ephesians 5:25-28:

25 Husbands, love your wives, as Christ loved the church and gave himself up for her, 26 that he might sanctify her, having cleansed her by the washing of water with the word, 27 so that he might present the church to himself in splendor, without spot or wrinkle or any such thing, that she might be holy and without blemish. 28 In the same way, husbands should love their wives as their own bodies. He who loves his wife loves himself.

Ephesians 5:22-28 does not say one spouse gets to overpower the other.  This whole passage of scripture is two-fold.  A command for one as well as a command for the other.  The way I see it is if the husband is not upholding his command to love his wife the way Christ loves her, then she has the right to draw the property line to protect herself as an individual.   What does a boundary look like for that kind of situation you might ask?

I work with women on boundary setting in their marriage on things as difficult as a boundary around policing her husband’s alcoholism to boundaries around how much laundry she is picking up off the floor.   Going back to this concept that men are to love their wives the way Christ loves them, espouses this natural ebb and flow of Respect for one another.   If one person is not respecting the other, then the spouse has a right to draw a boundary to command the respect.  I once worked with a wife who was so frustrated because her husband wouldn’t pick up his underwear and put it in the hamper.   She didn’t mind doing laundry, but his lack of picking up after himself felt so disrespecting towards her.  After multiple requests to put his underwear in the laundry hamper failed, I recommended she try drawing a boundary around doing the laundry.  Her boundary became, “ I will only do laundry that is in hampers.”   Her issue with his disrespect towards her was, of course, deeper than just the surface problem of laundry, but this boundary was the first attempt at addressing the issue of the disrespect she felt in her marriage.

One hot topic (no pun intended) is sex & boundaries in marriage. What do boundaries look like when it comes to sex in marriage?  One of my favorite quotes from Dr. Cloud is “No is a sentence.”  It’s okay for spouses to tell each other no.  Out of respect for their partner, the spouse should abide by the other person’s no.  Side note, if one party says no every time, there is certainly a deeper issue to be evaluated and my strong suggestion is to get professional counseling about issues in sexual intimacy.   However, in a healthy relationship espousing equal amounts of respect towards each other, saying no to someone should be a permissible communication.  “No” does not mean “I don’t like you”, it doesn’t mean rejection, it simply means no is my boundary right now.

Jesus cherished women just as he did men.  He created us each uniquely and to be together.  God did not intend for one gender to dominate the other. He created us to be harmonious, drawing out each other’s strengths and supporting each other’s weaknesses.    Boundaries allow for men and women to achieve this in a marriage.